For the most part, I'm just going to repost last year's bit, "What is Elizabeth Peratrovich Day?" I do want to add one GREAT way to celebrate the day (or just get a little culture) is to watch "For the Rights of All" - starring Diane Benson. It tells the story much better than I can!


Far too many Alaskans still don't know what is celebrated on this day, so read up and pass it on! 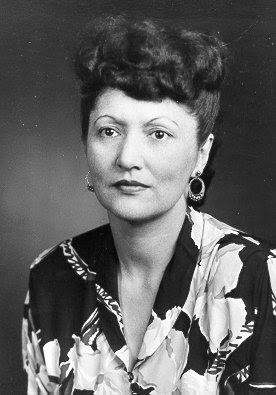 After a long session of lawmakers debating civil rights in Alaska, one senator posed the question:

"Who are these people, barely out of savagery, who want to associate with us whites with 5,000 years of recorded civilization behind us?"

A poised and eloquent Tlingit woman answered him:

"I would not have expected that I, who am barely out of savagery, would have to remind gentlemen with five thousand years of recorded civilization behind them of our Bill of Rights."

Elizabeth Peratrovich, and her husband Roy, were tireless workers in the fight for civil rights in Alaska. They were also pretty darn successful. In part because of this statement, and the rest of Elizabeth Peratrovich's speech, the anti-discrimination law got passed.

It was in 1988 that the Legislature designated Feb. 16 - the anniversary of the signing of Alaska's Anti-Discrimination Act of 1945 - as a holiday honoring Peratrovich. She was instrumental in securing passage of the bill that outlawed racial discrimination in Alaska. The Alaska Act pre-dated passage of the federal Civil Rights Act of 1964 by 19 years.

The first time the speech of hers really hit home was a few years ago at the Alaska Native Heritage Center's celebration of the day. Diane Benson did sort of a one-woman performance of the speech, and some "thoughts" of Elizabeth, that was very moving.

"Is prejudice gone in Alaska? We know that's not true..."

"Will you take some lumps for speaking up? Sure. But if you see that leadership opportunity, take it."

Today, I had a meeting regarding reconciliation and Alaska Native/non-Natives in Alaska. I couldn't think of a more fitting day to meet, or to begin this new venture. I'm excited!

A speech of Fran Ulmer (then Lt. Gov., now U of A chancellor) about Elizabeth Peratrovich.

From the Alaska Native Sisterhood's page on the day.
Posted by Writing Raven at 6:25 PM