I've now nearly recovered from this crazy fundraising weekend, and can do more than slap a few pictures in a post and crawl into bed.

The Team Blue Oasis BBQ Fundraiser was riddled with... adventure. The "just get through it" kind of adventure. But also some great people, good discussion, wonderful food and a big black dog.

Despite going head to head as an event with the Women's Caucus Debate in Anchorage (we were Valley bound), more than our fair share of unforeseen events, and some unpredictable weather patterns, a bunch of people showed up who were incredibly encouraging, and incredibly generous. We also most awesome "volunteers" ever, and a gorgeous house and lakeside backdrop.

After the debate in Anchorage, Diane Benson showed up, energized and ready for some of Celtic Diva's good cookin'. After some good discussion, she also tried on the button blanket we're auctioning, and I somehow got talked into singing a Tlingit song with her (way NOT my idea - if you heard me singing, you would understand). It was one of my favorite songs - it would have just been much better as a Diane Benson solo.

We are much closer to our fundraising goals, thanks to everyone (and HUGE thanks to Phil Munger for allowing the invasion of his home... and his cooking... and his major energy...), and Denver is seeming much closer! 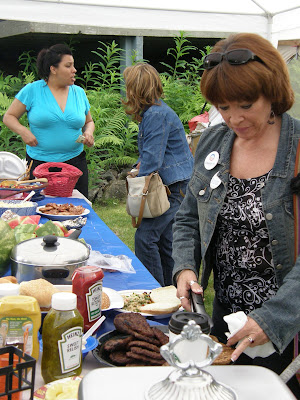 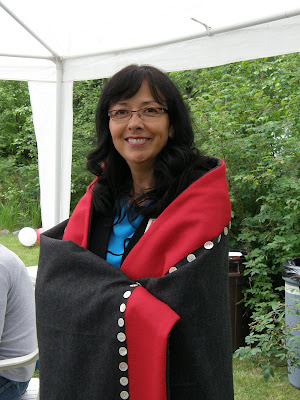 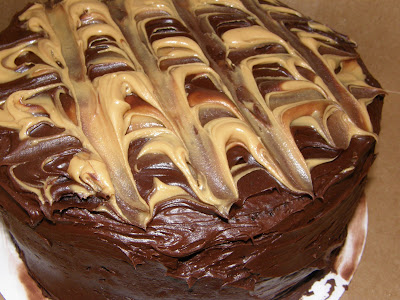 Posted by Writing Raven at 9:15 PM