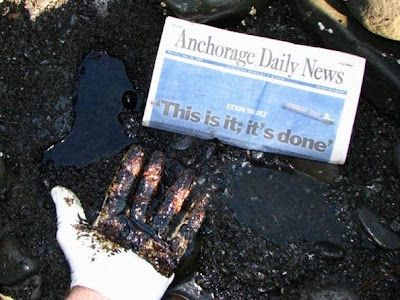 I was just a little girl when the Exxon Valdez oil spill happened, yet it is just one of those things you always remember "where you were." I lived in Kodiak, and the images on the television, first of this oily residue spreading from the tanker, and later of seagulls, fish, bald eagles lying on the beach, barely recognizable from the oil, were impactful.

I remember very strongly wanting to go help the clean-up after seeing the news coverage of sea otters being scrubbed with blue Dawn soap. To me, the little watery divide between Kodiak and Cordova didn't seem like much, and I could do that, scrub them up. It seemed to me that if you could fix this mess with Dawn soap, then you just needed enough people to scrub, and it would all be better.

Never did I imagine that those same beaches I saw as a little girl would still have oil in them 20 years later. The little girl saw a temporary problem affecting these poor birds and sea otters. The woman is still grappling with the idea that 20 years later, there is still no justice.

I don't know how familiar non-Alaskans are with the story of last year. The supreme court finally settled the "last" appeal, and the thousands of plaintiffs got handed their injustice. The settlement got cut in half, setting yet another precedent for big business to act without conscience, and reap the rewards, while the citizen gets trampled on. The above picture was taken last summer after the supreme court decision - an Alaskan making a point about just how "done" the effects of the spill are.


The impact on fisheries, families, lifestyles was severe and lasting - and you can't scrub it off with Dawn soap. Just as you can scratch beneath the surface of so many of those beaches and hit oil, so many of the families never recovered either.

There's something strange in this year, as we celebrate 50 years of statehood, that today, March 24, we remember that for 20 of those years, Exxon Valdez had as lasting an impact as so many of the wonderful things we celebrate. As the above video clip mentioned, this spill was roughly the size of the entire California coast. That's a lot of life to be put through sludge and come out okay, even 20 years later.

Is the name of Captain Hazelwood a name you know better than your state congressman? Do you know fisherman who struggle year to year because of ever-waning fisheries? Did the coverage of the supreme court decision last year turn your stomach?

Do you still think Dawn soap can fix anything? 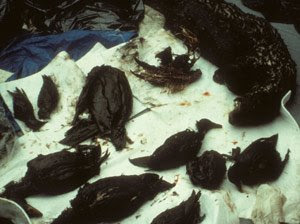 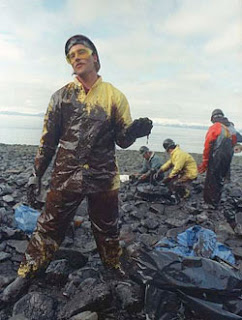