Palin-ed Out (And when did every man, woman and child getting over $3,000 not become the biggest news?) 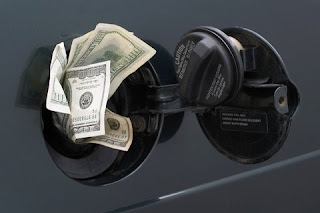 It's not likely to happen though. More and more the e-mails I am getting are from people down south who still feel as if they don't know who she is. It is hard, actually, to step in their shoes. We have been hearing about Palin and feeling the effects of her decisions for years - first as mayor, then as governor. I can only imagine the people of the Mat-Su Valley are more Sarah-ed out.

I thought this article from the Washington Post came out at a pretty ironic time. Despite McCain's "I'm so non-partisan" speech, it seems he could not have made a more partisan pick.

Of course, every Alaskan is talking about the VP pick - and not a single one of them saw it coming. There's a great cartoon in the Juneau Empire that shows the shock of the pick.

In fact, this was the first time I've seen the PFD announcement completely overshadowed, and with a record-breaker amount and early payout, too!

For those of you oustide of Alaska that don't know about the Alaska Permanent Fund Dividend, (and who haven't seen the Simpson's movie!) each and every qualified Alaskan (pretty much if you applied, have lived here at least one full calendar year, and aren't in prison) will be getting just over $2,000 next week. This is an annual thing, and this is the most we've ever gotten.

On top of that, Ms. Palin is giving us an extra $1,200 as an energy subsidy, so just under $3,300 each. Some lawmakers tried to oppose it for about two second for a shameless act of pandering, but you can imagine how well that went over with... well, just about every man, woman and child in Alaska.

I don't pretend to be above the fray on this one. Despite the fact that the State will get most of it anyways for The Eternal Student Loan Debt, it will be nice to be able to pay for gas and not pass out from the bill. Well, I might pass out still, but I'll have a bit of a cushion. The stimulus check I received ironically went to help fund my way to the Democratic National Convention (which I view as the absolute best way to help stimulate the economy! No more Bush!)

I'll take the $1,200 no problem, especially since my 3% raise this year meant I was paying about 12% more in taxes (Announcement: I am officially out of the "poverty" bracket now) and will actually be spending it on energy costs. I've heard of big screen TV plans, but the only way that's going to happen is if the big screen TV will also gas up my car.

I've gotten a few emails about my "betrayal" of the money - like I must agree with and support Palin to receive the check. Uh... no, then the pandering is not pandering so much as buying my vote and support. I don't even agree with her on the way the payout went down!

I do think there were better ways to go about this. First of all, Palin once again did not address the great disparity between Rural Alaska and urban Alaska. Even after visiting Barrow, it didn't change her view. It is hard to describe the differences in Rural and urban costs in a way that can really be understood by people who have not traveled to Rural Alaska. You cannot just truck a bunch of gas to most of these remote places - for much of the year they receive no shipments at all. I can only say the costs are much, MUCH higher. Seriously, I'm talking $14 gallons of milk and $8 gallons of gas.

$1,2oo WILL help the families here in Anchorage quite a bit, and other more urban areas. Especially families that are receiving 4, 5, 6 checks. But another ADN article: "ISER estimates that the median annual cost of power and heating costs for an Anchorage family is about $2,400, compared to about $4,100 for midsize towns and cities and $6,600 for remote rural villages."

This does not include the increased cost of food and goods, only the direct power and heating costs. In the same article, they discuss not wanting to pit Rural against urban again, because ""I think the argument's going to come up that people live in rural Alaska by choice," he said. "

Right, let's all move to the city. Because that's been proven to work out so well. I moved to the city with my parents as a child, and would love to go back, but see no feasible options of opportunity or cost. Moving back to Southeast is my next go-see. As it is, there is already a mass exodus from the villages. Nearly half of Native people in Alaska do not live in the villages, for many the place of their ancestors. I expect that very, very soon we will see that the majority of Native people will live in cities.

There was a meeting about a month ago in which leaders of the Native corporations addressed this issue. They were upset with lawmakers for slashing the $1,200 from Palin's proposal to $500 - but the truth is that the fund is so flush the State could afford to go up to $13,000 per person. But I think instead of a direct payout of over $10,000, they need to go and see just who is hurting the most and help them. It's going to be 40 below in many of these communities in a matter of months, and $1,200 won't get them through the whole winter. Some families are paying over $3,000 PER MONTH.

Rural Alaskans aren't the only ones feeling it, though. In Denver last week, Celtic Diva and I experienced actual pain at going through the grocery store. There were so many items - especially fresh items, that were literally double the price in Alaska as Denver. And nobody could sanely explain to me why the gas is so much lower (we're talking by a dollar) at the Conoco station in Denver, than next to the Conoco headquarters here in Alaska. You know, where the oil comes from. I know all about the refinery deal, I know lawmakers are talking about (launched?) an investigation into the disparity, but I have little hope of it really making a difference. Living in Alaska just plain costs a whole lot more money.

I was actually surveyed on this payout, and answered that I would happily accept $600 instead of $1,200, if the other half of the $1,200 was going to long-term solutions, and a good chunk of what they aren't paying out goes to looking at real immediate and permanent solutions for Rural Alaska. Next winter doesn't look to be any cheaper.
Posted by Writing Raven at 11:51 PM