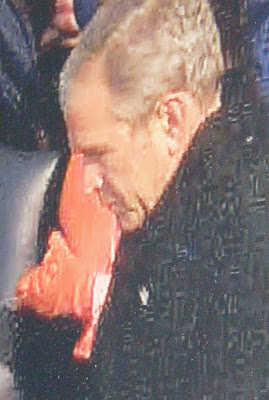 This is the only one not a video - it was taken at 11:59 a.m. EST (by my clock.) In other words, the very last minute Bush was president.

I've thought this for a long time, though only today did I know it really would have an exact time no matter what. I learned from the coverage that regardless of when Obama took the oath of office, he was president at exactly noon per the constitution.

And now I will go sigh the biggest sigh of relief ever...