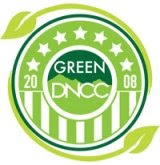 The "green" efforts during the past year really don't need any emphasis. You can't walk through a grocery store without seeing that it is definitely one of the bigger issues being addressed, not only in the campaign, but by people nationwide. I just got my umpteenth cloth grocery bag - mostly because I can't remember to bring the bags in when I go shopping.
The green efforts of the Democratic National Convention are nothing short of incredible - the DNCC has really bent over backwards to present a convention that makes a low impact on the environment. They created a "green delegate challenge," including service work by delegates in the Denver area. I've received about three gazillion press releases from them on the different green efforts going on, from Coca Cola being the "official recycler" of the convention (and sorry, it is a LITTLE funny that Coca Cola is the official recycler in the Pepsi Center... maybe not "ha ha" funny... I digress) to alternative fuel, biodiesel or hybrid transportation.
That the Democratic Party is the eonvironmental party is not exactly news, but it was worth it to me to look a little more into the candidate's environmental stances. I really believe we are going to see true lifestyle changes on the part of America, due to environmental efforts, and our next leaders need to be leaders in this area. I don't think you have to be a "radical environmentalist" to care about the environment - just responsible with what we were given.

Presidential Candidates
Sen. Barack Obama has a pretty strong record with the environment, especially as a state senator. He was given a 100% "Environmental Voting Record Award" from the Illinois State Council. His page on the environment. He carries endorsements from the League of Conservation Voters, Friends of Earth Action, Sierra Club The League of Conservation Voters has scored him generally in the 90th percentile each session, hitting 100% for the year 2006, though it dropped down to 67% the last session - mostly due to absences during the votes.
Sen. John McCain has a pretty bad record when it comes to the environment, and generally has voted in favor of big business over environmental concerns, especially with oil and nuclear concerns. His page on climate change. He has a pretty dismal score of 10% with the League of Conservation voters, though a 0% the last session.

Senate
Hard to top 10%, but Sen. Ted Stevens was scored a %5 by the League, though for pretty much the same reasons as McCain. His issue statement on the environment.
I've been impressed with a lot of the things Mayor Mark Begich has done in the city in regards to "greening." I especially liked the light post switch. Sometimes it's the simple things that get overlooked - but end up making a big difference. He has actually done many practical things to get the energy conservation and the environment a priority - all really practical, "That's a good idea" kinds of things. His issue statement on the environment, and an article about how his mind got changed on the environment in the Huffington Post.
Congress
Diane Benson and Ethan Berkowitz didn't have too much information on their sites about their positions - or plans - regarding the environment, and I don't recall either of them speaking about it much. Benson's issue page on the environment - not too detailed, and Berkowitz' issue page - a little more about oil and "watching" things going on about the environment.
Don Young - well, Young's issue statement about the environment was probably the least helpful, period. It's mostly a rant about "radical groups" and having no proof that emissions has anything to do with... well, anything. Feel free to read, but it's mostly about securing energy bills. He was scored a 0% by the League of Conservation Voters, but I think if they could have given him a negative score, they would have. Looking at his environmental voting record, I'm not sure Young believes there should be an environment... a little scary as the "ranking member of the natural resources committee."
Posted by Writing Raven at 12:17 AM