Waving flags to celebrate a couple of big birthdays 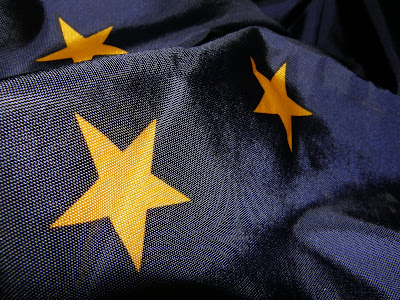 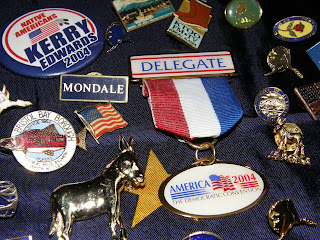 The most important birthday today for me is not Sen. Obama (though one of my favorite article titles for today is "Obama turns 24 years younger than McCain.")

Today is the day to celebrate the birth of another great American - my grandma.
She's not the TV grandma (though she's likes to spoil her grandchildren, and I'm not opposed to that.) She's smart, tough and accomplished, and certainly couldn't be described as "sweet." Generous, kind, passionate - but certainly not a sugary grandma.
Aside from a businesswoman and chair/board member/appointee/volunteer for... well, everything, she's a brilliant advocate for Alaska Native causes and issues. Native organizations, corporations, government, private, nonprofit - you name it, she's done it (or run it.) She has been both a heroic and intimidating figure to me - a larger than life woman I've been trying to alternatley impress and come out from under since the sixth grade.
She has also been an Alaskan delegate to the Democratic National Convention for a couple of decades. Jitterbugging on top of the Empire State Building and whooping it up in Atlanta have been a part of the stories I've heard from her since my own childhood in the 80's - she'd already been stomping around those convention floors for years before I came around.
She finally "retired" this past year from most of her work (I don't even know how many times she's retired, but it's a lot) and one of the things she retired from - at least this go around - was the Democratic state and national coventions.
Wouldn't you know it, but I unexpectedly got invited by the official Alaska blogger for the national convention, Celtic Diva, to go to Denver as an Alaska Native blogger. I was too late to talk her into at least one more swing at it, she has been encouraging about my own venture into this world, and given me plenty of serious, experienced words of wisdom ("You're going to have SO much fun!")
She is able to pass the torch in some ways, though a "stars of gold" kind of flame. She trekked up from Juneau recently, and brought me an Alaskan flag she's brought to convention after convention, as well as a small collection of pins she's collected and exchanged from them.
She's waved and displayed the flag to show her support of Alaska, her advocacy of Native issues, her love of culture, state and country. I will wave it for those reasons as well, but most of all, to show pride in my own heritage - the heritage my grandmother is passing on.
No pressure.